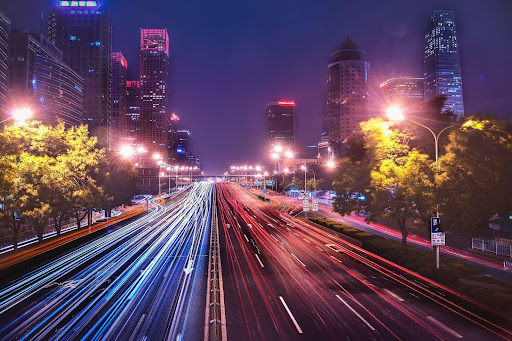 LED street lighting is used for major roadways and highways across the country and in Ontario. This type of lighting offers numerous benefits when compared to the traditional lighting used on both the smaller and larger highways. LED highway lighting solutions can be used for major roadways including expressways, freeway interchanges and collector lanes. They are designed to optimize the efficiency of their applications by minimizing glare for drivers and passengers to reduce the number of accidents on the roads today.

LED street lighting has greatly evolved over the years and has become suitable for many different applications. More and more governments are using LED lights for highways since they offer the following benefits:

Durable – LED lights can withstand the harshest elements that we commonly deal with in the province of Ontario. Extreme temperatures, hail, wind, rain, snow and ice won’t cause damage to these LED lights, which makes them the perfect choice for all freeways.

Safe – LED streetlights do not contain the harmful toxins that are found in traditional lighting sources such as mercury.

Versatile – The LED street lighting chosen for the highways can use different temperatures and colours, depending on the specific requirements for the area.

Efficient – LED lights are much more efficient than regular street lights since they require less electricity and they last a lot longer.

Maintaining highways involves a number of different factors and the process is quite complex. Thankfully, new technology in the form of LED Ontario street lighting for roadways and highways is opening the doors towards simplifying the process. Transportation professionals, city managers and drivers will all benefit from these new advancements.

Drivers and their passengers will have a better overall experience on the roads when the highways are illuminated with LED Ontario street lighting. These LED lights can be customized and controlled according to the circumstances so that they don’t appear blindingly bright. There is also less glare to deal with so that drivers can feel more confident when they’re behind the wheel.

LED streetlights for highways are environmentally-friendly and they are the best sustainable option for lighting. Overall, LEDs emit less CO2 into the air and since they last a lot longer than traditional street lights there are fewer LED bulbs that end up being sent to the landfill. Today we need to take a look at how we are going to keep the planet safe for the next generation and LEDs play a vital role in this project.

LEDs are also the most cost-effective option on the market today and this affects everybody. The government doesn’t have to pay as much for utility costs, which will ultimately have a positive effect on taxpayers.