When did roadway LED lighting start being used? 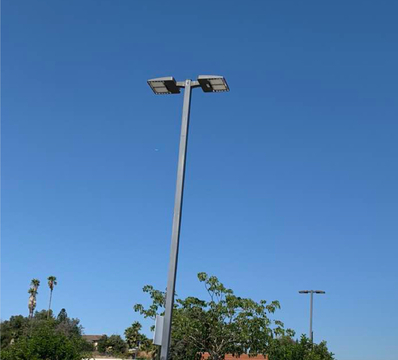 When did roadway LED lighting start being used?

At the beginning of the 20th century, several scientists experimented with lights using various chemical elements’ reactions. These early experiments were not so successful because the lighting was too dim.

“In 1972, M. George Craford of the Monsanto Company used two Gallium Phosphide chips—one red and one green—to make LEDs that emitted a pale yellow light. Incidentally, Monsanto Company is the first company to produce LED lights on a large scale and for mass consumption. Craford also invented an LED that emitted about ten times brighter light than Holonyak’s version.”1

In the 1980s and 1990s, LED lights became more efficient and popular. In 1994, Shuji Nakamura invented ultra-bright blue LEDs, from which the white LED lights we know today were derived from. The first places where LED lights were used were supermarkets and soon after in roadway lighting.

Why is it important to use LED for roadway lighting rather than other types?

Lighting quality: LED light provides better illumination on roadways and other open spaces, and the brightness is much higher, and therefore, provides more safety to our streets.

Smaller size: LED lights have a small size to be placed more comfortably. Over time, many cities in Canada have been replacing old streetlights with efficient LED lamps.

More environmentally friendly: Efficiency is not the only green factor favouring LED lights— they do not leave behind mercury or other metals during production, so the environmental impact is much lower.

Remote control: LED light systems can be controlled remotely—this way, artificial intelligence can manage when to turn them on and off.

In Toronto, the installation of roadway LED lighting has drastically reduced the cost of public lighting and greenhouse gas emissions. In 2007 the city began replacing conventional streetlights with LED lights. Even so, the city has not entirely replaced all conventional streetlights with LED lamps despite this. “There are over 170,000 street lights in the City of Toronto maintained by Toronto Hydro, including the white-glowing acorn lamps, standard cobra head lamps, and vintage street lamps such as the globe lamps on Palmerston Boulevard, and the 1920s-vintage lamps on the Toronto Islands, which were recently replaced.”2

ADH Ecogen offers a wide range of street and roadway solutions that could replace the old streetlights of the city of Toronto. Discover a wide range of Toronto LED street lights as well as a variety of other commercial lighting solutions at www.adhecogen.com.